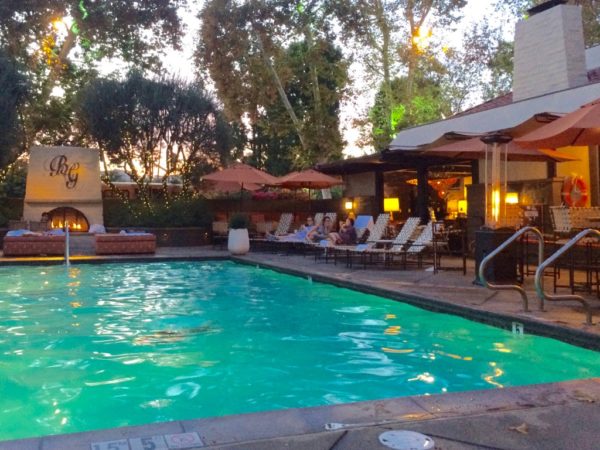 For a quick get-away, why not try a Hollywood weekend?  There’s so much to see and do until there’s no chance of being bored.  From Universal Studios to the Hollywood Walk of Fame, there’s plenty of interesting sights, great food, entertainment and people watching.

For an updated mid-century modern twist on accommodations, give The Garland hotel in North Hollywood a try.  A complete renovation in 2014 made this hotel a great destination for retro-modern decor, excellent guest service, great food and craft cocktails.  Every Friday and Saturday evening at sunset, a classic movie is shown poolside.  Food and drinks are available at the Lobby Bar which is adjacent to the pool. 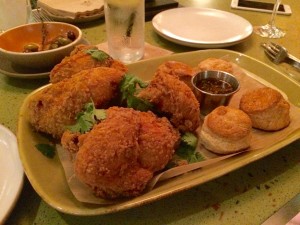 The on-property Front Yard restaurant is excellent and the fried chicken is some of the very best I’ve ever tasted (and I’m from the south).  Be sure to order the chicken before they run out since they only prep so many orders each day.

The hotel runs a complimentary trolley to Universal Studios and the Universal City Metro Station often so getting around without a car is no problem.  Two national chain pharmacies and a grocery store are within easy walking distance
of the property. 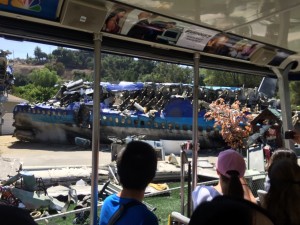 Visit Hollywood and the Walk of Fame 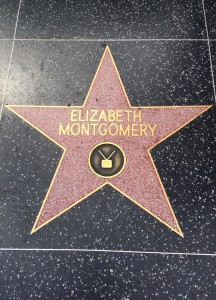 Elizabeth Montgomery’s Star on the Hollywood Walk of Fame

From the Universal City Metro Station, take the train to the Hollywood/Highland Station – it’s the very next stop from the Universal City station.  Check out all the stars on the Hollywood Walk of Fame, study all the handprints and autographs at the TCL Chinese Theater, and enjoy the people watching show on the sidewalk.  There are too many attractions to list here but be certain there is plenty to see in Hollywood. 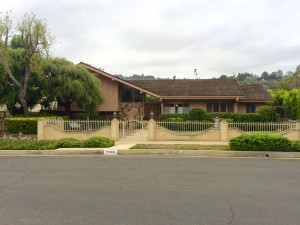 Located at 11222 Dilling Street in Studio City, this well known TV house looks much the same as it did in the original series starring Florence Henderson.  The house is just a short walk from The Garland hotel.  Please view the house from across the street and don’t bother the residents — I hear they are quite grumpy when people impose on their privacy. 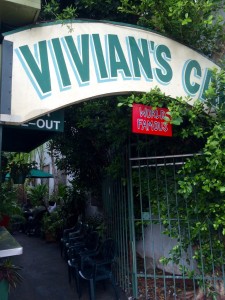 Located at 10968 Ventura Blvd in Studio City, this colorful and quaint restaurant is great for an inexpensive and delicious breakfast or lunch.  It’s owned by the mother of actress Leah Remini and naturally there are a few photos of her on the walls.  The restaurant was also a filming location for Leah Remini’s reality TV show.  The food is very good and portions are generous; service is friendly and fast.  I recommend dining outdoors on the side patio amongst the tropical foliage.  Check out the menu here.

This wonderful old school restaurant has been serving classic martinis and American cuisine since 1919.  They even have the original wallpaper along with red leather booths and white tablecloths.  It’s located at 6667 Hollywood Blvd in Hollywood proper.  Everything is excellent, portions are very generous and the service is top notch.  Be sure to try the blue cheese mousse stuffed celery.  They also serve the best French dip sandwich I’ve ever tasted.  Ask your waiter nicely if any celebrities have been in lately and they’ll spin some stories for you.  Here’s a link
to the website.

How to Get There For Your Hollywood Weekend

Burbank Bob Hope Airport (BUR) is the closest airport at approximately five miles from Studio City/North Hollywood/The Garland hotel.  Bob Hope airport is quite small and hasn’t been updated in at least 40 years, but it is convenient and quick for arrivals and departures.  Los Angeles International (LAX) is over 18 miles away and will take an hour or more in rental car/Uber/Lyft/taxi travel time.