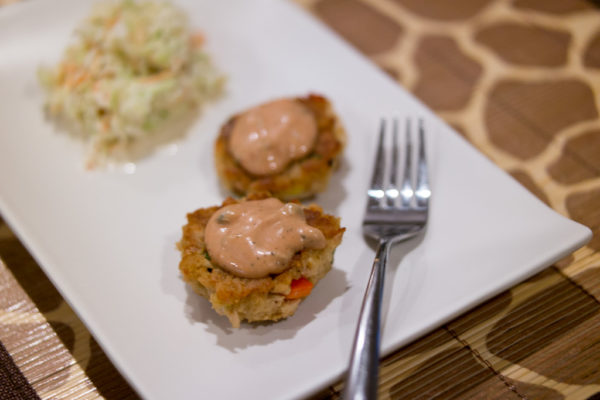 This tuna cakes recipe is perfect for a party appetizer or dinner entrée.  I’ve served them to guests many times with the wasabi remoulade sauce and there are never any cakes left over.

OK to use fresh parsley instead of cilantro

For gluten free breadcrumbs, toast 4 slices of Udi’s gluten free white bread and whirl in a food processor until crumbs are fine.

Nutrition information is for one tuna cake.

Make-ahead: Make up the tuna cakes to the point of cooking, cover tightly with cling film, and keep in the refrigerator for up to 24 hours. Fry the tuna cakes when you’re ready to serve.